Today, mostly people cannot disengage their gadgets in order to get some information, knowledge, and what other people are doing and saying all the time in social networking sites. They feel comfortable and will not miss any single benefit from their mobile devices. They make their users addicted to constantly getting in touch with and always checking their social media. As a result, together with the rise of social media and the development of mobile device technology, people’s awareness to the environment decreases.

Based on Markplus Insight’s study in 2012, around 42,4%  of the internet users in Indonesia were dominated by age of 15-22 and 84,7% of them use smartphone. Approximately 70% of the users are teenagers who spend three hours in a day to access internet. Most importantly, around 94% of them access social medias, no others. If they miss them, they will feel worried, unsatisfied and anxious. This behavioral phenomenon is known as Fear of Missing Out or FoMO.

Fear of Missing Out (FoMO) is a phenomenon of addiction to update continuously and fear to miss out. Fomo has appeared since smart phones have been launched. The phones accordingly[luthfi1]  make[luthfi2]  the users easy to minimize their activities[luthfi3]  practically without wasting too much time. For instance people do not need to go to stores far from home as variety of online shops are availabe. They just order what they need through certain apps provided by the online shops.

However,  for the users, some negative influence of the smart phones remain. They decrease, for example, personal privacy, and increase detachment from friends and family, and add feeling of loneliness and dissatisfaction with one’s life (Thinkhouse, 2014). Besides, they also influence people’s phsychological health and well-being because they, to some extent, lead to people’s negative mood and depressions (Wikipedia, The Free Encyclopedia).

Dr. Sippy, a psychologist from India, stated that the characteristics of FoMO are sadness, fear, worry, anxiety and feeling isolated when the users stay in a certain public place. People with these characteristics are not only addicted to, but also are attached to seemingly making their activities in social media as their daily activity, instead of their social reality.

Some references assert that the first person identifying and naming FoMO is Dr. Dan Herman. The term FoMO appeared in 1990 because a strange phenomenon rose. The phenomenon pictured a reality in which the society connected to internet or social networking services. They enjoyed images and always followed the development of modern technology. Then, the term of FoMO was added in Oxford dictionary in 2013.

This bad habit could space out relationship of people around them. Even, it can cause a social gap among family and friends. If we are included to these characteristics, we must be alarmed and change the habit. We should try to allocate our position in an appropriate situation and condition without ignoring social engagement with people. To overcome that, we have to wisely manage our time in using our gadget. If we can’t, our gadgets will dictate our life. The benefits of gadget depend on how the users manage them. The users will get the great advantages when they proportionally use them. _ (Aisya/red)_ 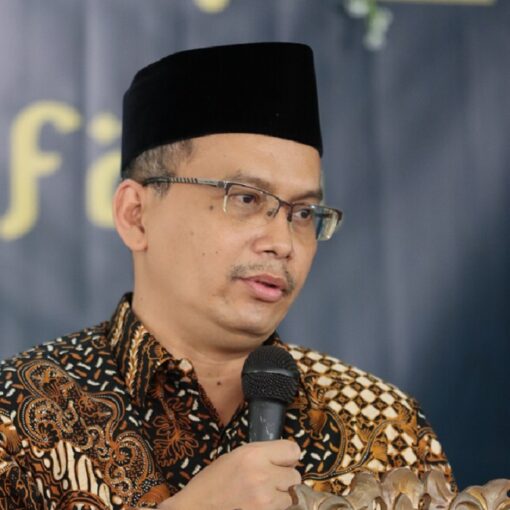